Back pain linked to sedentary lifestyles

Sitting has been called the new smoking following research that reveals it kills 70,000 people prematurely every year. The new research is part of a new public health initiative from Mentholatum – called Mind Your Back – which reveals that millions of people are putting their health at risk because of long hours sitting down on the job and slouching on the sofa after a long day at work.

The research shows that three out of five people (57%) sit down for four or more hours of their working day, and when they get home the same number remains seated for another two to four hours. Studies confirm that sitting for more than an hour triggers changes in the body’s biochemistry, and this alters fat and glucose metabolism and promotes weight gain. Based on data for five diseases – type 2 diabetes, cardiovascular disease, colon cancer, endometrial cancer and lung cancer – scientists at Queen’s University in Belfast estimate that 11.6% of deaths could be stalled if sitting was avoided for such long periods.

Our sedentary lifestyles are also driving an epidemic of musculoskeletal pain, with two out of five people (39%) experiencing problems at least once a week, and four out of five (84%) adults reporting they have suffered from back pain at some time in their lives.

Mentholatum worked with medical and activity experts to create the Mind Your Back campaign following five simple S.T.E.P.S. (Stretch, Therapy, Exercise, Posture and Strengthening) to help manage and prevent back pain and reduce the risk of serious inactivity-linked illness. For details, go to
www.mindyourbackuk.com

UK organic sales grow at double the rate of conventional

Over 55s are most committed green consumers

Nature’s Bounty arrives in the UK

Two apples a day keeps the doctor away

Have a Healthy Winter with Comvita 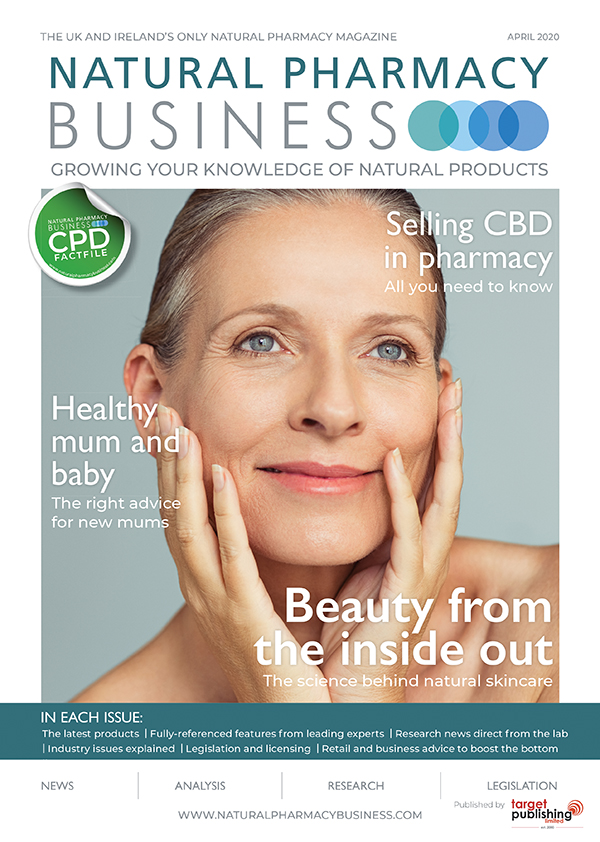