BetterYou has welcomed new research highlighting the need for the older generation to supplement the sunshine vitamin. A study published in European Journal of Heart Failure1 reported that the risk of heart failure was more than 12 times higher in elderly vitamin D deficient participants than those with an adequate level.

These results support findings from a previous study published in The American Journal of Clinical Nutrition, which found an association between vitamin D supplementation and reducing the risk of heart failure2.

This research presents more evidence in the importance of having optimal vitamin D levels, with the researchers expressing the need for supplementation. Public Health England advised in an announcement in 2016 that everyone should take a vitamin D supplement in autumn and winter to support healthy bones and muscles3. More specifically, the government suggests that ‘at risk’ groups, which include the elderly, should take a vitamin D supplement all year round. It’s estimated that 10 million people in the UK and one in eight over-50’s in Ireland suffer from low vitamin D levels.

Deficiency can be corrected by using a simple daily vitamin D oral spray that bypasses the digestive system and guarantees absorption. Multiple trials have found that oral vitamin sprays elevate serum vitamin D levels on average 2.5 times more effectively than traditional tablets and capsules4. A pilot study5 by BetterYou and City Assays (part of Sandwell and Birmingham Hospitals NHS Trust) demonstrated how a high dose oral spray of vitamin D can increase vitamin D levels and resolve insufficiency/deficiency (below 50 nmol/L or 20ng/ml) to an optimal level (100-150nmol/L or 40-60ng/ml). 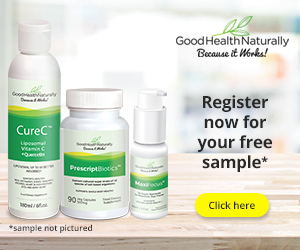